Share a memory
Obituary & Services
Tribute Wall
Read more about the life story of Adella and share your memory.

Adella Agnes Attig, age 95 of Owatonna, formerly of Austin and London, entered eternal rest with her children by her side on Saturday, November 12th at Homestead Hospice House in Owatonna.

Della was born August 19th, 1927, in Stacyville, Iowa to Erhard and Amanda (Diedrich) Weisensel.  She graduated 8th grade at Visitation School in Stacyville.

Della then worked several housekeeping jobs around Stacyville and Osage. During WW2 she lived for a time in California working in a sheet rock factory and volunteering rolling bandages for the troops.  She was working as a fry cook at Ma’s Café in Albert Lea when she met Dale H. Attig. The story goes that the first time Dale saw her there, he tried to sneak a kiss and she chased him out of the restaurant and being the determined man he was, they were married September 7th, 1946.  Dale and Della moved to a farm near London, where she proudly helped Dale with the farming, growing huge gardens, and raising 7 children that they were very proud of. They farmed there for 47 years.

Della was preceded in death by her parents, her loving husband of 57 years Dale in 2003, son Carl in 1999, and son Kurtis in 1983.  She was also preceded in death by 11 brothers and sisters.  Clemence, Angela, Fr. Lawrence, Ernestine, Willard, Roger, Esther, Marion, Marvin, Sr. Catherine, and Norraine.

In lieu of flowers, memorials are preferred to St Jude’s Hospital or to a charity of your choice.

Condolences may be left online at www.mayerfh.com

To send flowers to the family or plant a tree in memory of Adella Agnes Attig, please visit our floral store. 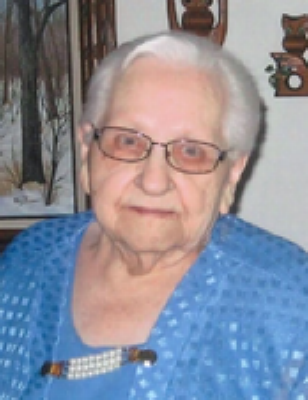